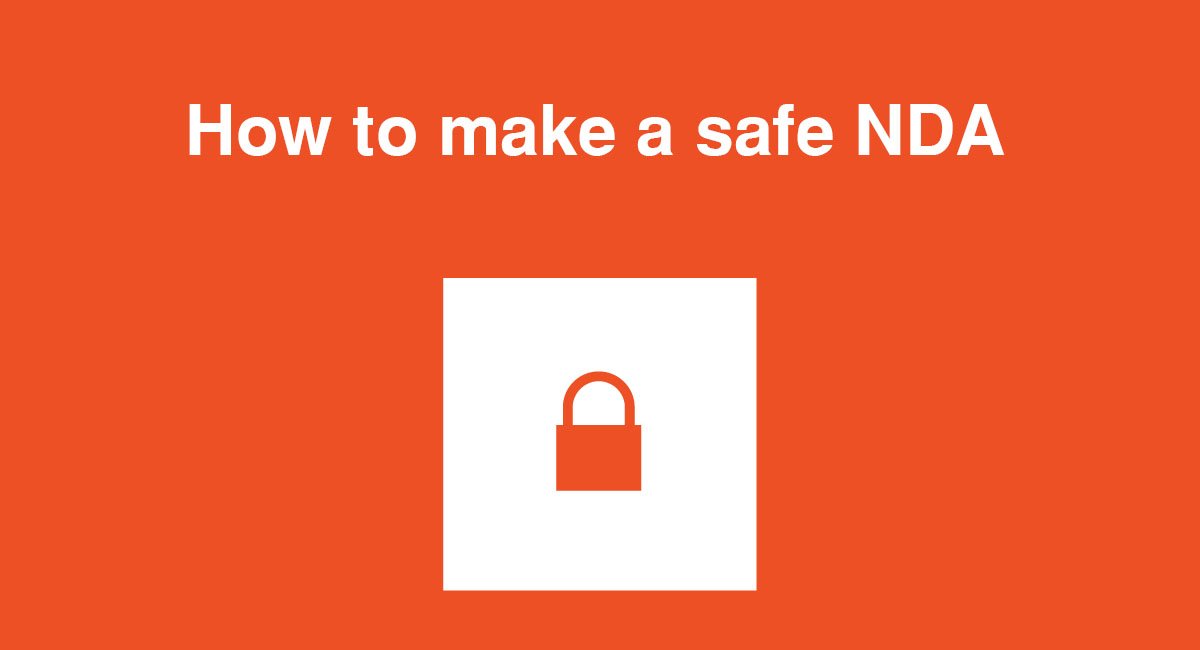 A non-disclosure agreement (NDA) is a contract that’s used when confidential information is being shared.

This legal contract requires a Receiving Party of confidential information to maintain secrecy and not to misuse the information for profit and without the authorization of the Disclosing Party.

NDA agreements are often perceived to benefit one party only (the Disclosing Party) and be a disadvantage for the other party (the Receiving Party of confidential information).

However, a NDA agreement can be drafted in such a way that it protects the interests of not just one party but other parties involved.

How to Make a Safe NDA from EveryNDA

The best way to make most NDA agreements safe where there are only two parties involved, without additional complications, is to create a mutual NDA.

Besides safety for both parties, here are some other benefits of a mutual NDA:

Although mutual NDA agreements tend to be drafted more fairly for both parties, there are still certain clauses which can give an extra advantage to one party, if not looked at carefully.