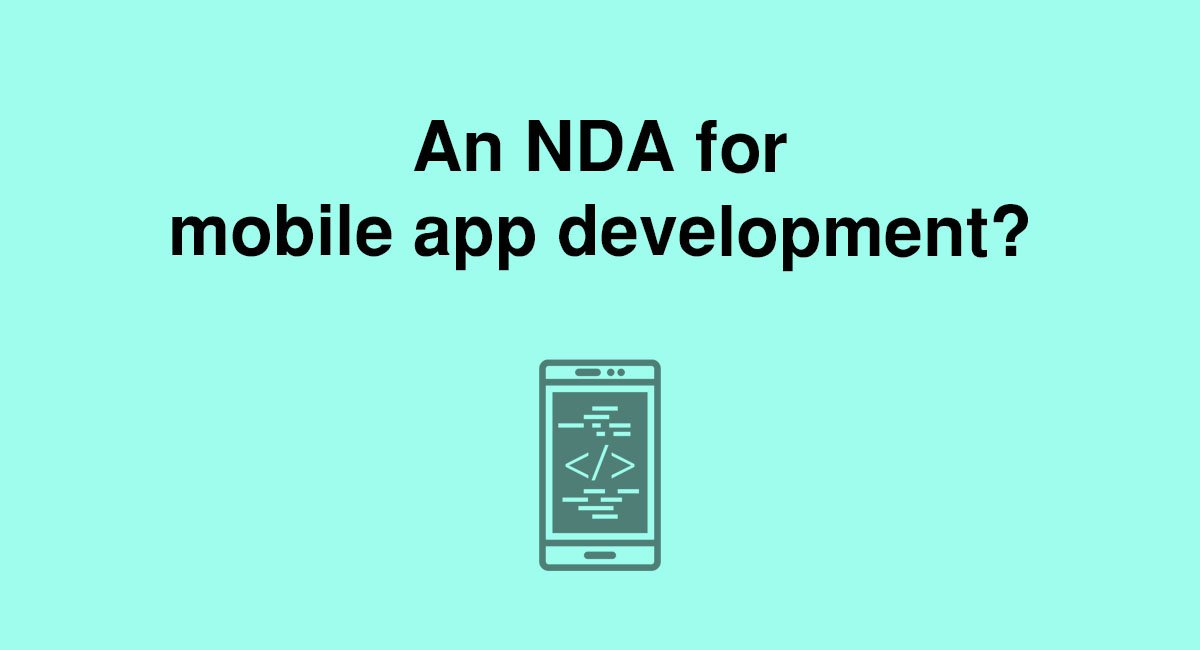 If you have ever thought about creating a mobile app before, you probably would have thought about the possibility of hiring an independent contractor or freelancer to work for you.

There’s a risky side to hiring independent contractors and freelancers though.

A problem arises if you have confidential information about your future mobile app that you need to share with the contractor/freelancer but you want her/him to keep that information private and not use or share it with others without your permission. 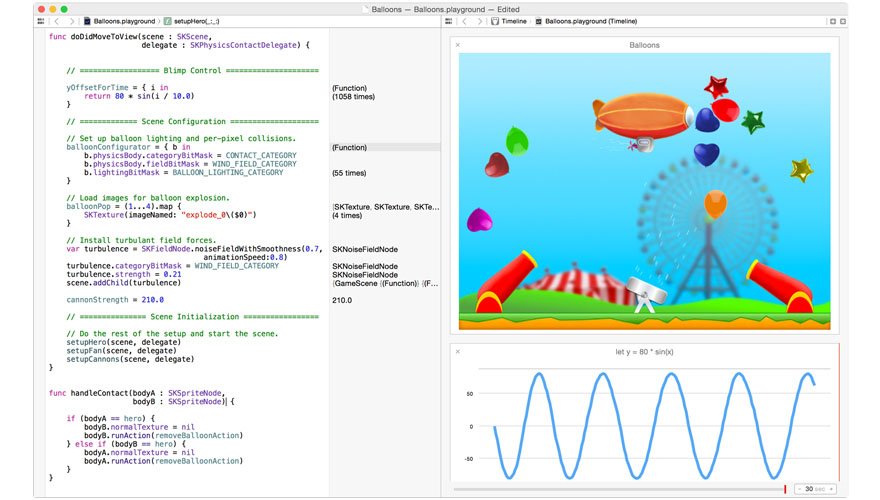 Contractors and freelancers are free to work for multiple clients whenever they want and even at the same time while working for you.

Your confidential information could include private algorithms and even the design of how you want your mobile app to look like. This is particularly important if you’re trying to be first on the market and/or you have proprietary information that’s unique to your app.

For example, all Upwork contracts require both freelancers and employers to agree to the terms in their User Agreement.

In “Clause 15” of Upwork’s User Agreement, it recognizes the importance of confidentiality. Clause 15.1 requires mutual confidentiality from both the freelancer and employer, depending on whoever is the recipient of the confidential information:

Clause 15.3 places a legal obligation on parties not to publish any confidential information, except with the agreement of the disclosing party in the performance of a service.

However, there are downsides to relying solely on these confidentiality clauses provided by freelancing platforms.

Because confidentiality clauses often seem hidden among other clauses within a long User Agreement, like Upwork’s or Freelancer’s, many freelancers and employers are not aware of their existence. Also because these clauses apply to all transactions within the freelancing platform, they can get generic in nature and generally insufficient if you wanted true legal protection if there was ever a breach in confidentiality.

If you had valuable proprietary information to protect, related to the development of your mobile app or not, it’s highly advisable that you create your own non-disclosure agreement (NDA).

An NDA legally binds the contractor/freelancer that receives proprietary information from you to not disclose any of the information that they have received.

However, due to the fast-changing environment of the mobile tech world and the constant influx of new ideas, there’s generally a lot more resistance to the NDA in this industry.

When not to use an NDA

If you’re merely at the initial stages of interviewing for a contractor/ freelancer to help work on your mobile app, this is probably not the time to begin insisting on the NDA if all you want to do is to find out whether she/he would be a suitable contractor/freelancer for your project development.

Most contractors/freelancers will refuse to sign a restrictive NDA until they are sure that they can or even want to work with you.

Instead of pouring out your proprietary information about the app during these initial conversations, share with them a high-level view of your app idea without giving away confidential information to see who you’d like to work with and who’s capable of doing the development.

Once you’re comfortable with a particular contractor/freelancer and are ready to move to the hiring stage, then you could consider bringing up the issue of the NDA.

One of the reasons why contractors/freelancers are so against NDAs is because very often, entrepreneurs that want to develop a mobile app come up with ideas that they believe will change the world but very few actually manage to execute it successfully.

However, even if the idea subsequently fails, runs of out money or never takes off the ground, the contractor/freelancer is still stuck with the obligations of confidentiality if they have signed the agreement.

These obligations can severely limit their ability to work for other clients with similar ideas in the future.

If you only have an “idea” of what you want to do with your mobile app, nothing tangible and it has not been tested yet, then arguably, your information may not hold enough value to warrant protection yet.

If you have a huge budget and lots of work for a contractor/freelancer, you’ll probably have greater negotiating power to convince them that the liability of an NDA is worth taking on.

If you only plan to hire them for a short period of time, they may not think that the risk of being saddled with a lawsuit liability is worth the money.

Sometimes, it doesn’t matter what you say but a contractor/freelancer may just refuse to sign an NDA.

In that case, if you really want to work with this particular contractor /freelancer, consider whether you can trust them and whether they have previously operated professionally in their work. A considerable number of such contractors and freelancers rely heavily on their reputation and would probably be trustworthy enough without an NDA.

Alternatively, instead of an outright legal agreement, you may choose to negotiate to add confidentiality clauses into an independent contractor or freelancing contract instead.

When to use an NDA

#1 – When you have concrete proprietary information to protect

If you truly possess tangible proprietary information that would grant you copyrights (and better still, a patent), then you should use an NDA to protect that information.

Just make sure that you create a suitable definition for what information is truly confidential and what is not so that your NDA doesn’t come across as too vague.

Here’s an example of a definition of confidential information from a Non-Disclosure Agreement by Wingware Python IDE:

On top of this kind of clause, you may also want to provide a background for the purpose of the NDA. Here’s an example from the Confidentiality Agreement of Genie App Studio:

#2 – When both parties have proprietary information to protect

You’re more likely to get consent for your NDA if both you and the contractor/freelancer have proprietary information to protect while developing the mobile app.

The contractor/freelancer may be highly talented and own proprietary source codes, algorithms or marketing strategies that they want to protect and if so, a mutual NDA for both parties might be suitable. 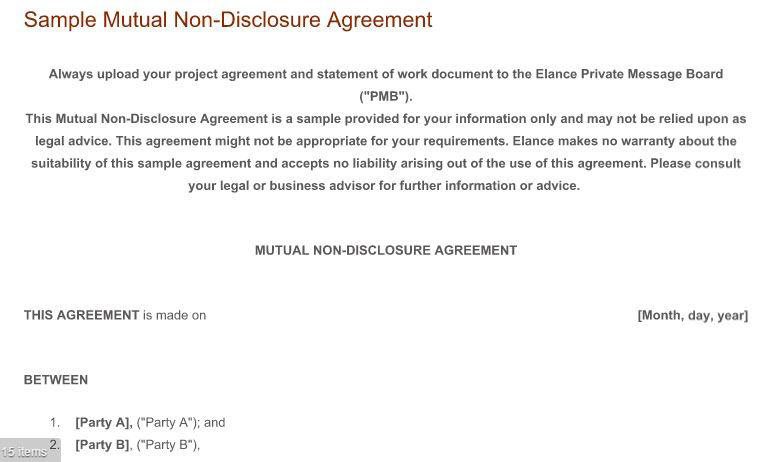 You may also wish to add a clause in your agreement that expressly states that all rights in the confidential information remain with the Disclosing Party.

Here’s an example of this kind of clause taken from Docracy directory of examples:

Since both parties will have an interest in protecting their confidential information, another important clause that you should consider including in the agreement is one defining which jurisdiction and/or governing law will apply to the agreement.

Different jurisdictions and legal systems can result in different outcomes so it’s advisable that you get express consent to this important clause.

An example of this kind of clause is taken from the European IPR Helpdesk’s agreement:

#3 – When the contractor/freelancer is not against it

Obviously, if you happen to end up with a contractor/freelancer who has no qualms about signing an NDA, you should definitely do it.

Any added protection for your information is always good. Just make sure that you don’t make it too restrictive or else, courts may not support the agreement if it came across as too burdensome.

For this reason, it’s advisable to add commonly accepted exceptions into your NDA.

Here’s a list of these common exceptions, again from the Confidentiality Agreement by Genie App Studio:

Most contractors/freelancers are unlikely to agree to sign an NDA that has a perpetual time duration if the development has a very short time involved.

Here’s an example of a clause from the same Confidentiality Agreement by Genie App Studio that places a relatively short time restriction of 1 year from the date of the agreement:

The 5 No’s of Confidentiality Agreements