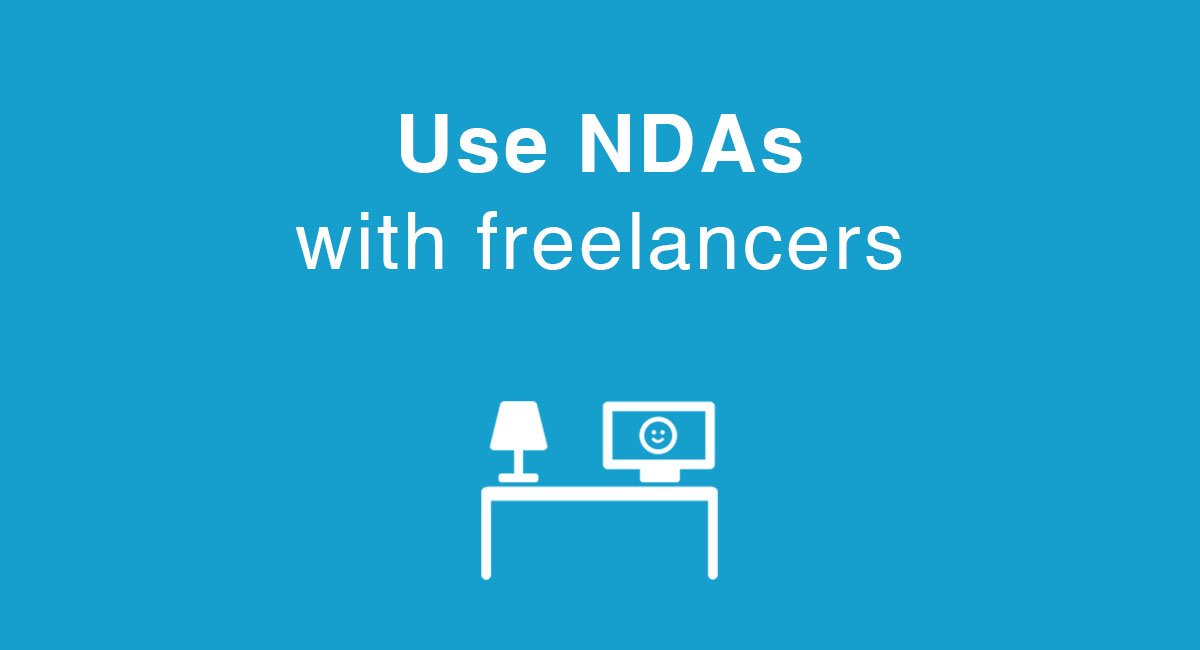 The advantage of working with a freelancer is that you can end the contract anytime. It also allows you to terminate the relationship more easily if you became unhappy with the freelancer’s work.

The downside of working with a freelancer is that she/he can sell her/his skills to the highest bidder at any time. There’s no real contractual obligation of loyalty, unless clearly stated in your agreement.

In other words, the sword is double-edged and works both ways. In addition, it can be more difficult to manage confidentiality as freelancers are not under your direct supervision and employment.

Nevertheless, the pros of working with freelancers may far outweigh the cons, depending on what your needs are.

Here are some of the top freelancing websites:

Some websites are geared towards specific kinds of skills whilst others host a variety of freelancers.

As you are now aware, choosing to work with freelancers brings different kinds of benefits but also different challenges.

One important issue to consider is confidentiality.

Freelancers normally work with multiple employers and projects at the same time. Since freelancers are not under a permanent contract of employment with you and generally have complete control over where they work and who they work with, how do you ensure that any information that you share with them is kept confidential?

In a normal business setting, the most common tool that entrepreneurs and business owners use to protect their trade secrets, proprietary and other confidential information is through a non-disclosure agreement (NDA).

An NDA is a contract that legally binds parties to confidentiality. It allows parties to feel more comfortable sharing in-house secrets which is often necessary to enable work to be performed successfully.

An example of a clause that requires a freelancer to not only take all reasonable precautions to protect confidential information but also not to copy or reverse engineer such information is this kind of clause taken from an NDA provided by Elance:

This clause also requires the freelancer to require any employees, agents or subcontractors that he or she may use to sign an equivalent NDA.

These NDAs can be mutual or one-way.

Generally, these kind of agreements will be one-way unless you’re working with a highly skilled freelancer who has created his or her own proprietary information that requires confidentiality from you as well.

NDAs normally have a specific clause that states how long confidentiality is to last for. If a breach occurred, the agreement could not only provide for monetary remedies but also injunctive relief to stop any further breaches from occurring.

Unlike an employee, an NDA for a freelancer would normally be limited to the scope of the specific project that you are hiring the freelancer to do.

Some freelancing websites understand the importance of confidentiality for employers and have incorporated clauses in their Terms of Use to provide this.

For example, all Upwork contracts require both freelancers and employers to agree to the terms in their User Agreement through a simple tick box.

Clause 15.1, called “Return“, requires mutual confidentiality from both the freelancer and employer, depending on whoever is receiving confidential information:

The “Publication” clause above places a legal obligation on parties not to publish any confidential information or work results, except in the agreed necessary performance of a service.

However, it’s highly debatable whether freelancers (and employers) ever bother to read the full User Agreement. It’s likely that most are probably not aware that they even exist.

This is one reason why you should consider arranging for your own NDA.

People tend to take things more seriously when they have to put their signature on it, as opposed to checking a tick box online.

Also, the confidentiality clauses in various User Agreements are understandably generic and cannot expressly specify what is considered confidential information and what is not. In addition, there is no provision for how long confidentiality is meant to last for. In a legal challenge, it’s harder to uphold an agreement which is too vague or too onerous.

Therefore, if you take confidentiality seriously, it would be wise to create your own NDA and request that your freelancer sign this NDA in addition to the standard provisions in Upwork’s User Agreement.

Like Upwork, Fiverr only has a very simple and generic clause covering confidentiality in their Terms of Service page:

At Freelancer, they provide a Freelancer Code of Conduct where it’s stated that the freelancer is required to protect confidentiality. However, this is phrased in a very broad and vague way and lacks a lot of detail:

Nevertheless, Freelancer does provide you with a sample NDA PDF with a 12 month confidentiality period that you can download and use but it does not specify what information is considered confidential and what is not.

Some other freelancing websites like Guru do not provide any clauses that expressly require the freelancer to keep confidentiality and therefore, they recommend that you draw up your own NDA.

Here’s an example of a clause taken from Accuride Corp’s Confidentiality and Non-Disclosure Agreement that lists what Accuride Corp considers as confidential information:

If there are exceptions where confidentiality is not expected of your freelancer, then these exceptions should be included in the NDA agreement. Normally, the common exceptions are:

An example of a well-written clause on this can be found in Microsoft’s Confidentiality Agreement for Licensing Discussions:

Another potential pitfall for employers working with freelancers is that they may assume that they automatically own the copyright of the work that is produced by the freelancer by virtue of the fact that they are paying for the work.

That is not the case unless you expressly provide in writing that you are paying for ‘work for hire’ which means that the freelancer agrees to transfer his or her copyright to you.

An example of a clause from a work for hire agreement shared on Docracy is below:

So if you’re wanting to take complete ownership and copyright of the work being created by your freelancer then you should create a separate work for hire agreement or if not, at least add an appropriate clause indicating so into your NDA.

You may also want to specify in your NDA what you want the freelancer to do with the confidential information after your project or work is completed.

You could require that the he or she returns all originals and copies of the information back to you or destroy them within a certain period of time and retain no other records or copies.

Trying to enforce an NDA where a breach has occurred, just like many other contracts, can often be complicated and costly. So even if you have a strong, professionally written NDA, you should still limit the amount of confidential information that you share with your freelancer.

If you’re only hiring the freelancer to work on a particular project, make sure that you only share relevant information that’s necessary for the work to be completed.

Since there’s a high possibility that your freelancer may be working in a different country or state from you, it’s important that you also specify which country’s or state’s law will apply to the NDA you’ll both sign.

An example of a clause that you can use is from an example NDA from Harvard Business School:

At the end of the day, prevention is better than cure and as much as possible, test your working relationship out first before you start transferring confidential information over to your freelancer too soon.

In Jeremy’s case, since he plans on building his startup using mainly freelancers, it will be vital for him to have an effective legal agreement that he can use with the freelancers that he hires.

Credits: Icon freelancer by Jenny Chisnell from the Noun Project.

5 Reasons Why Your NDA is Not Enough