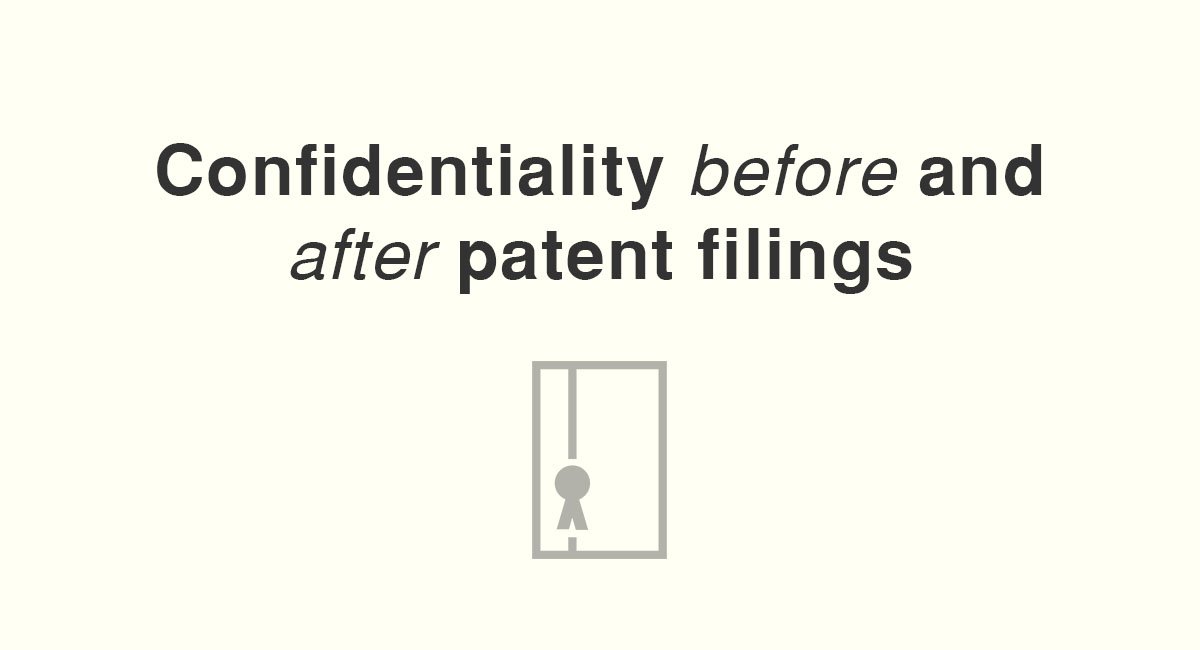 Ideas can’t legally be protected so promising inventors are often prone to a fair amount of paranoia. And who can blame them? The flawless execution of a unique idea can be worth a fortune.

A patent, obviously, is the best way to protect a truly great idea and should be filed as soon as is practical or possible. But the reality is that inventions aren’t always patentable right away.

And, since most inventors need a little support to help bring their idea to life, chances are you’re going to have to divulge your big idea to someone prior to having legal protection. Not to mention pitching the idea to investors, potential partners or purchasers.

While reaching this stage is exciting, it’s also a time to be cautious and smart. So, if you’re sitting on a great idea that doesn’t have a patent yet, how are you to move forward with production and still protect your intellectual property?

First of all, try to keep in mind that it’s the execution of an idea and not the idea itself that’s worth money. (Hence the inability to patent an idea.) While your paranoia is justified and understandable, you would also be prudent to be realistic and remember that it takes a lot of work to “steal” an idea, build it, execute it, market it and sell it successfully.

Therefore, in all fairness, it doesn’t happen very often.

To that point, your first line of defense should be your common sense.

Before pitching to a developer or investor, know who you’re dealing with. Know their reputation. Know their history. Know their successes and failures. Nothing beats good research and a healthy gut check.

That said, I also understand that gone are the days when business was done with a simple handshake. Even if you’re completely comfortable with your potential partner, manufacturer, etc., it never hurts to be a little overprotective when it comes to our livelihoods and businesses.

So, after you’ve done your research and you know who you’re working with, draft a confidentiality agreement and file for a provisional patent application.

Confidentiality Before and After Patent Filings from EveryNDA

What is patent filing

A patent is a government issued license or right to exclusively use, make, market and sell an invention for a set period of time.

The inventors version of a copyright or trademark, a patent is what will put you on the map as a professional inventor and give you the exclusive right to profit from your idea.

Because of the protection and legal recourse attached to a patent, it’s arguably the best way to protect your invention.

But, it’s not always possible to file for a patent during the early stages of development and production.

Point being, a patent is a marvelous thing, but not necessarily the easiest to obtain. If you can obtain a patent right away, by all means, do so. In the meantime, consider a provisional patent application and have confidentiality agreements signed whenever possible.

Good for 12 months, a provisional patent application allows you to use the term “Patent Pending” which is usually more than enough to drive off any potential idea stealers. The caveat, of course, is that you have to secure your non-provisional patent within 12 months.

But, as long as you don’t miss this deadline, your invention will be fully protected from the first date of your provisional patent application filing. If time or money is a concern while you try to get your project off the ground, a provisional patent application combined with a confidentiality agreement may be your most affordable and practical option for protecting your work.

Confidentiality agreements are legally binding contracts that allow inventors to share their ideas and knowledge without fear of having said ideas stolen, especially prior to the grant of a patent.

A confidentiality agreement can’t literally stop a would-be idea thief in their tracks but it does give you an added level of protection and legal recourse in case your idea is ever actually stolen.

It’s not a fool-proof plan but it’s definitely better than nothing and often your only pre-patent protection.

Your confidentiality agreement should include details such as:

As an inventor, your agreement should be signed when:

For multiple reasons, Venture Capitalists aren’t prone to signing confidentiality/non-disclosures agreements. Some simply don’t care for them while others will literally scoff at your invention, no matter how great it may be, if you dare to bring this agreement to their office.

For one, the sheer volume of products, ideas and inventions that VC’s review each year is overwhelming and keeping track of this kind of legal agreement that binds them to confidentiality obligations for each and every review would be impractical, if not impossible.

And two, it’s simply not industry standards. Some VC’s, who refuse to sign these agreements, have reached a level of success where they no longer have the time or need for poorly thought-out ideas.

They’re looking for ideas and inventors that are ready to hit the ground running – not an idea that needs a lot of work – and are therefore highly unlikely to steal your idea, anyway.

As noted earlier, market researchers, manufacturers, developers, licensees and potential partners should be willing to sign your confidentiality agreement (probably).

Inventors “Confidentiality Agreements” are often one-way agreements because the agreement is mostly designed to protect the inventor’s idea. Here’s an example from New Invention Marketing:

If you’re preparing to work with a potential licensee, for example, you’ll be disclosing your big idea, but the licensee will probably be disclosing commercially sensitive information or ideas of their own.

In this case, a mutual confidentiality agreement will do the trick.

Inventors Confidentiality Agreements are usually no more than 1-2 pages long and should broadly cover your invention, while being very specific about the terms of use and timeframe, in particular.

After the patent filing

A final and fair question is whether or not you still need a confidentiality agreement after you’ve been granted a non-provisional patent.

Although every situation is unique, the short answer is “yes.”

For one, a patent protects your invention, but not the sales, marketing or production plans surrounding the invention.

In other words, even though your invention is protected by law, there may be other aspects of your business operation that are unique, e.g. customer lists, software programs, business plans, marketing techniques, etc. A patent won’t protect these parts of your business.

And, although it seems unlikely that someone would steal your business plan but not your invention, weirder things have happened in the legal system and, believe it or not, a company’s operation can account for a lot of their financial success so protecting your processes should be an important part of your business and IP protection plan.

Credits: Icon Patent by George Zalepa from the Noun Project.